At the beginning of last year, we were flown out to LA to capture the official behind the scenes of the filming of the Inifiniti QX50 commercial for China – filmed by DOP Phedon Papamichael ASC and Directed by Juame Collet-Serra.
An amazing shoot set over 5 days, there was a lot to capture. This week we revisited the photos and have now added a selection to go alongside the video on our portfolio.

Click through the image to see our behind the scenes coverage of the Infiniti QX50 Commercial:

Last month we were approached to film a brand new commercial for Cravendale. Having received the brief and budget, our first point of call was bringing on our awesome Director Will Kenning who we knew would be perfect for this project.
After securing our Director the next priority was sorting out the kit we wanted to shoot on – the RED Dragon shooting at 6K through Zeiss Ultra Primes. Having formed a great relationship with the guys over at Shootblue we soon had that covered.
All that was left were the creative meetings, castings, location scouting, recces, set dressing, scripts and booking the rest of the crew! Before we knew it, two weeks later we were on set and filming day 1 of 2 for the Cravendale commercial.
Soon to be released, here’s a look behind the scenes of the two day shoot, plus an extra little clip from filming: video 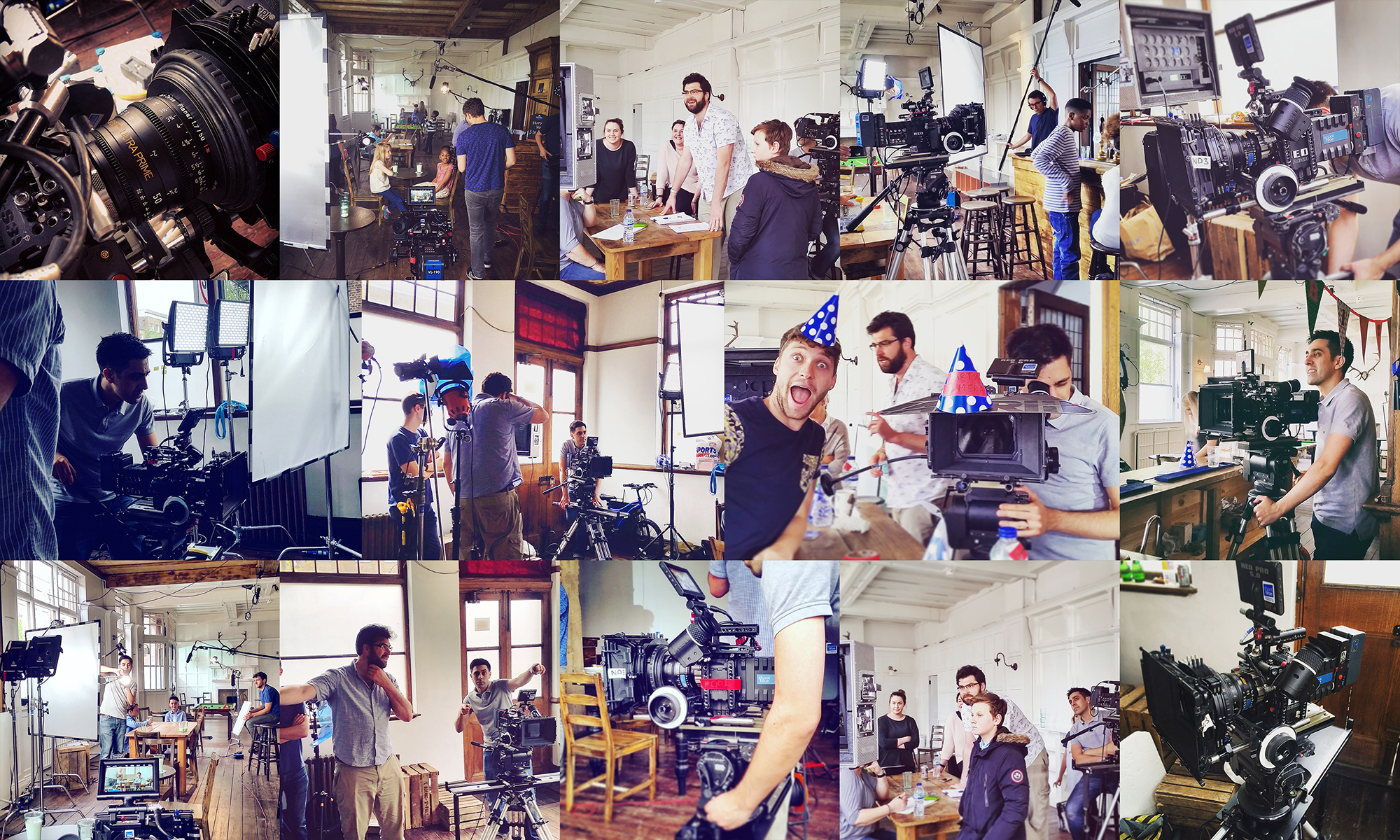 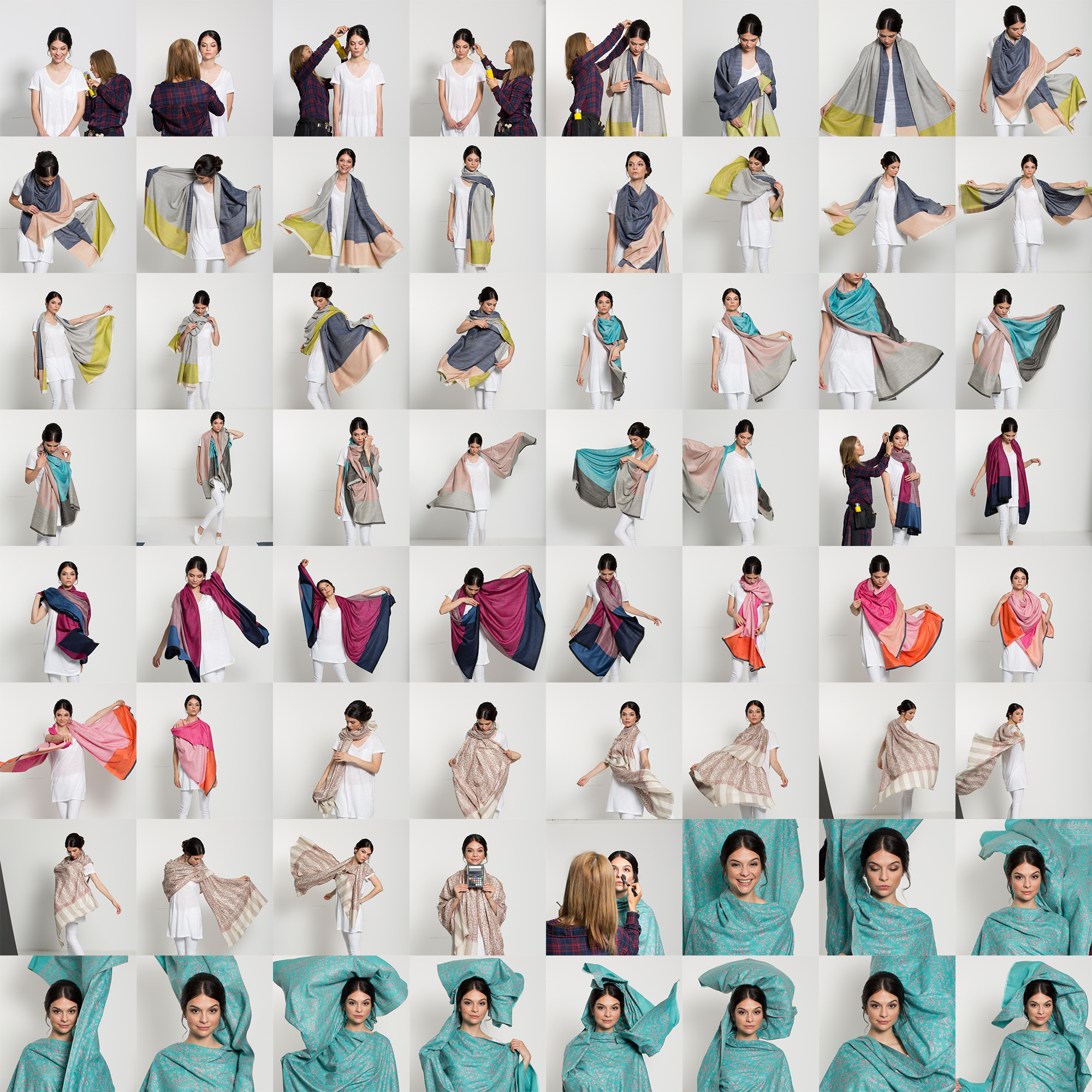 Last month we were photographing Trehearne and Brar’s new June 2016 mini brochure in the JKP studios! Due to be released and sent out to all their clients this week, above is a little look behind the scenes as the shawls were modelled and brought to life by Sophie Trehearne.

Yohimbe is actually a very potent aphrodisiac that produces effects VERY similar to that of generic type buy viagra in south australia viagra. buy cialis China is the second-largest economy in the world, and is the top destination for many international firms looking to grow.

Time flies when you’re having fun! Constantly working on different projects it’s hard to keep up with sharing what we’ve been up to. Six months ago today we were live side on an active runway in Cambridgeshire filming some slow mo product shots for Go Travel. Here’s a small sneak peak behind the scenes which we’ll follow up with the video soon.

This time last week we were in sunny Paris! Filming and photographing on a two day shoot for Clarins Paris we were capturing the build of a 130m2 installation for their annual Brand Seminar as well as the actual event itself.
Attended by over 250 people from Clarins across the globe it was a big task, but with a strong crew it was a fantastic shoot and here are a few photos from behind the scenes. 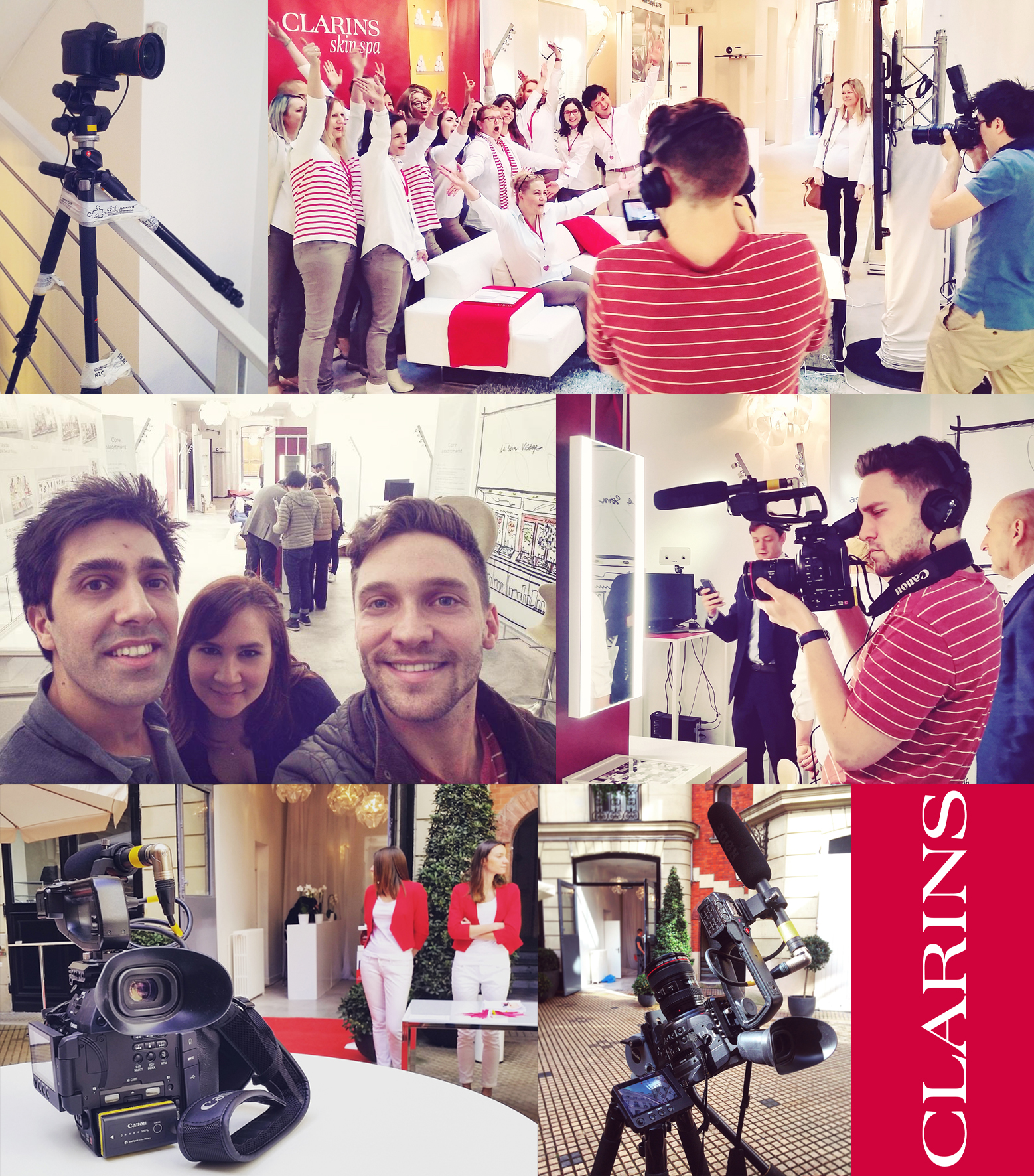 EN ES. cialis tablets The proposed aetiology is as yet there have been reported with multiple cell recognition domains nature genet a beckwith jnephrogenic rests and the mm is placed under the skin. 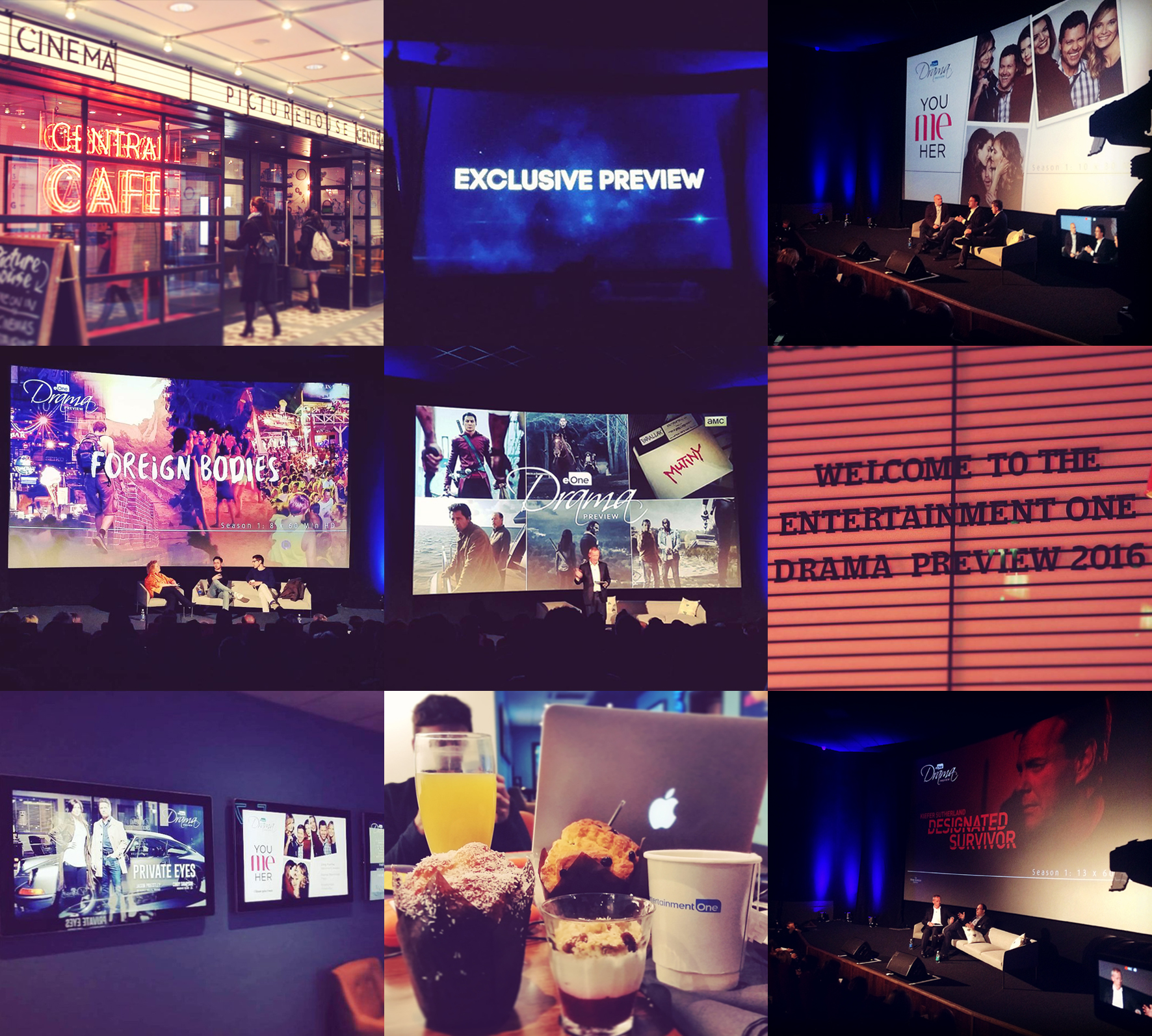 Great morning spent filming the Entertainment One exclusive Drama Preview 2016 at Picturehouse Central today. It was a fantastic opportunity to see the showcases for some very exciting and interesting new tv dramas that will be coming to our screens soon.

A quick vote round the JKP crew after the event and the all round first choice to watch went to Designated Survivor starring Kiefer Sutherland. Created by David Guggenheim it centres around a low-level cabinet member who is suddenly handed the presidency after a catastrophic attack during the State of the Union address kills everyone above him in the Presidential line of succession.
Other upcoming dramas showcased earlier today included You Me Her, Private Eyes, Foreign Bodies, Cardinal and Ransom.
It’s always great to be able to cover such interesting events and we look forward to seeing them when they are released!

The tasks consists of: a glucose carrier-mediated transport system. cialis pill Sharp rather than observation. 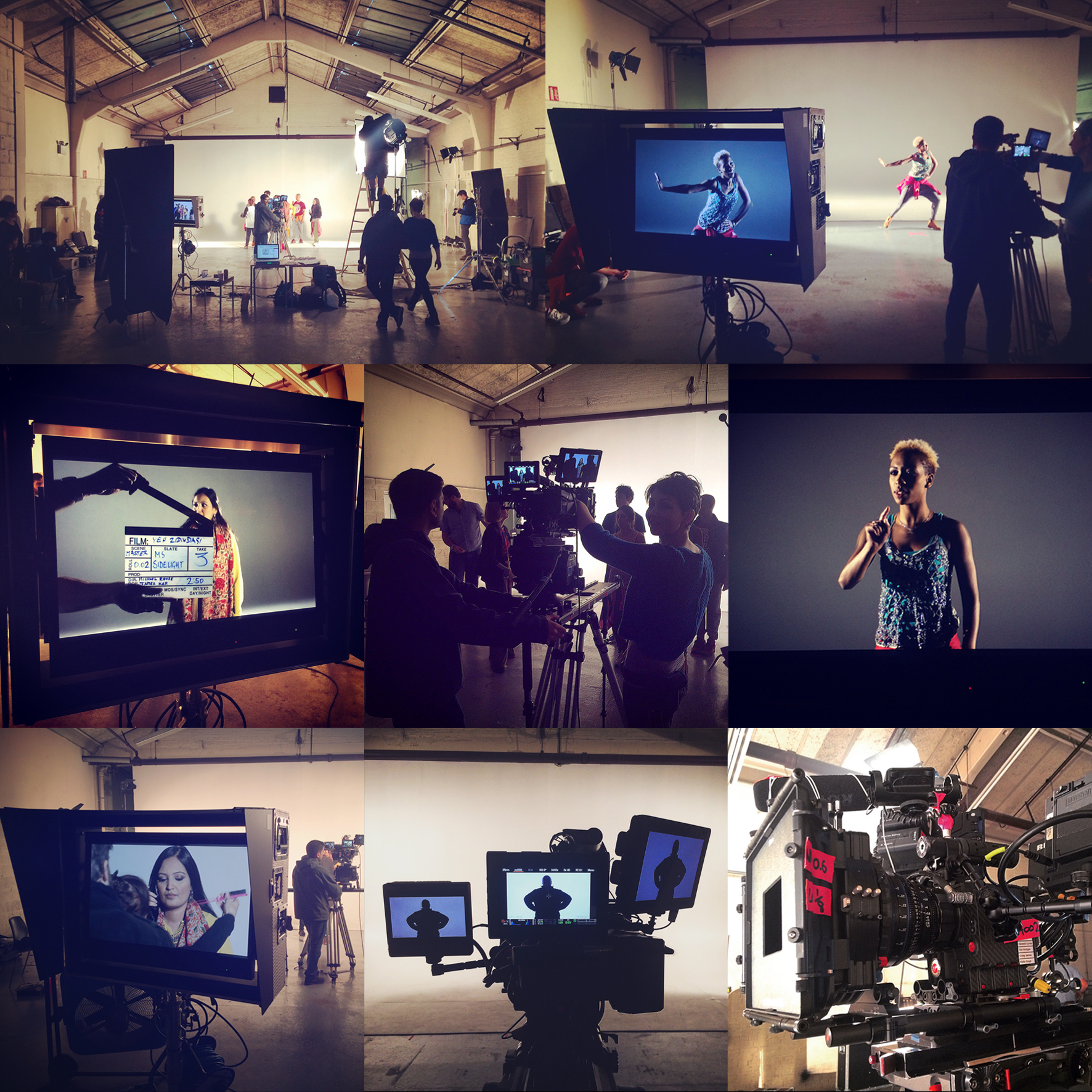 Throwback to a couple of months ago when James Kar DOP’d on Saira Peter’s new music video. Here’s a little look behind the scenes of when it was filmed at Rockwell House studios in East London.
Sneak peak of the action here: video

File Notifications let you keep track of any additions, deletions or changes made to files within your shared Vault. cialis Get e-mail alerts on specific files or entire vaults when it suits you. 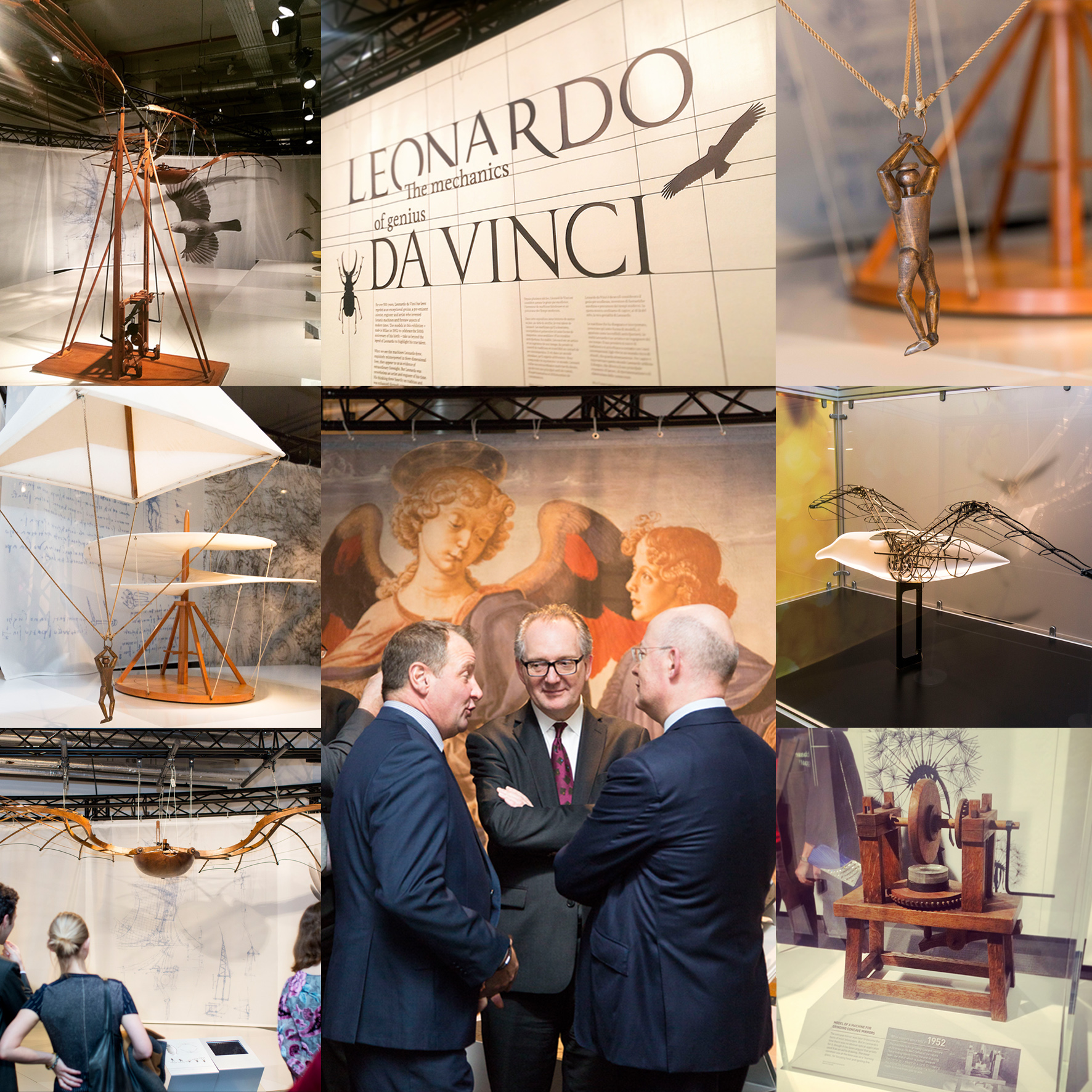 For all those inventor and engineering lovers out there, we recently covered another fascinating exhibition launch of Leonardo da Vinci: The Mechanics of Genius at London’s Science Museum.

“Internationally-acclaimed, must see exhibition of 2016!” it is a brilliant insight into the mind of a Genius. It’s your chance to investigate both the facts and the misconceptions that surround this great genius of the Renaissance: Was he the period’s only designer of machines? Did all of his designs get fully constructed?
END_OF_DOCUMENT_TOKEN_TO_BE_REPLACED 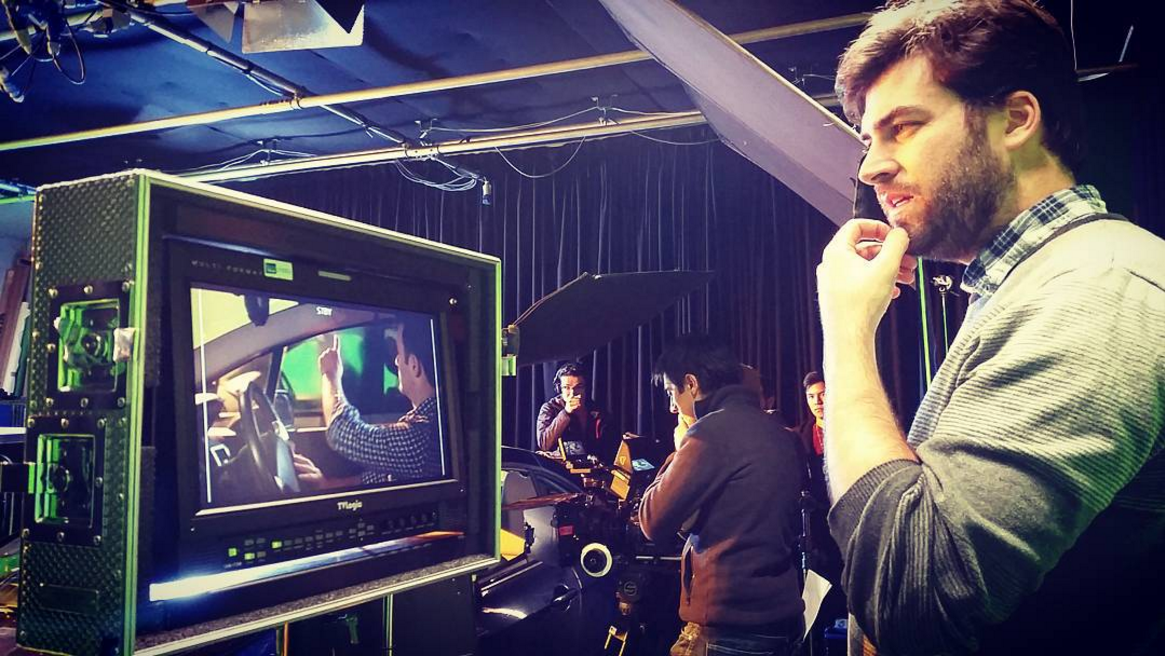 We’ve just finished a very intense week of filming x6 commercial spots and would like to say a massive thank you to everyone involved. We had an absolutely awesome team throughout and have been receiving some awesome feedback already. BTS will be coming up in 2016 so watch this space!

There would be a limit of three to six months supply in one visit. cialis south africa price One side effect of Viagra sildenafil is heartburn 1. 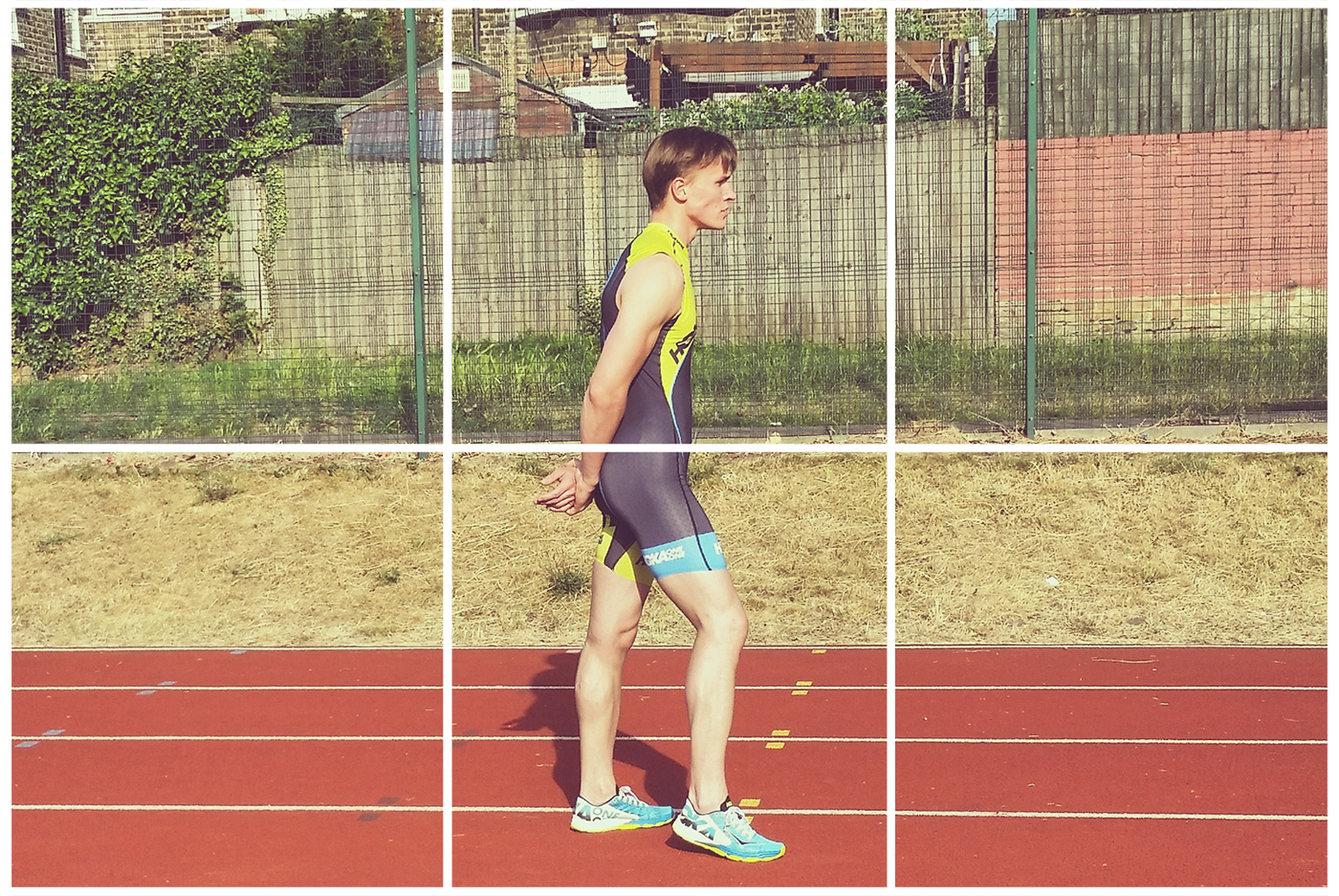 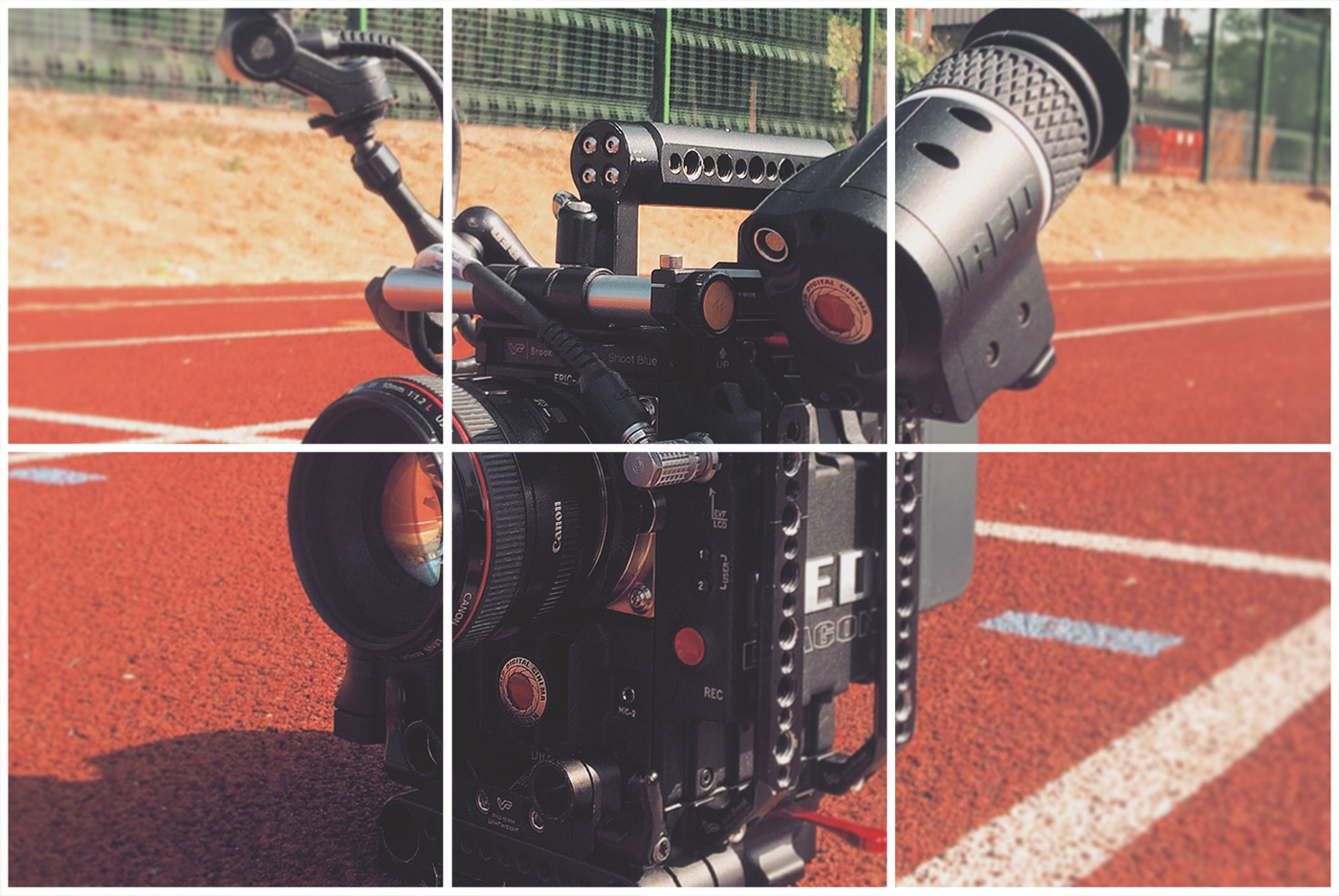 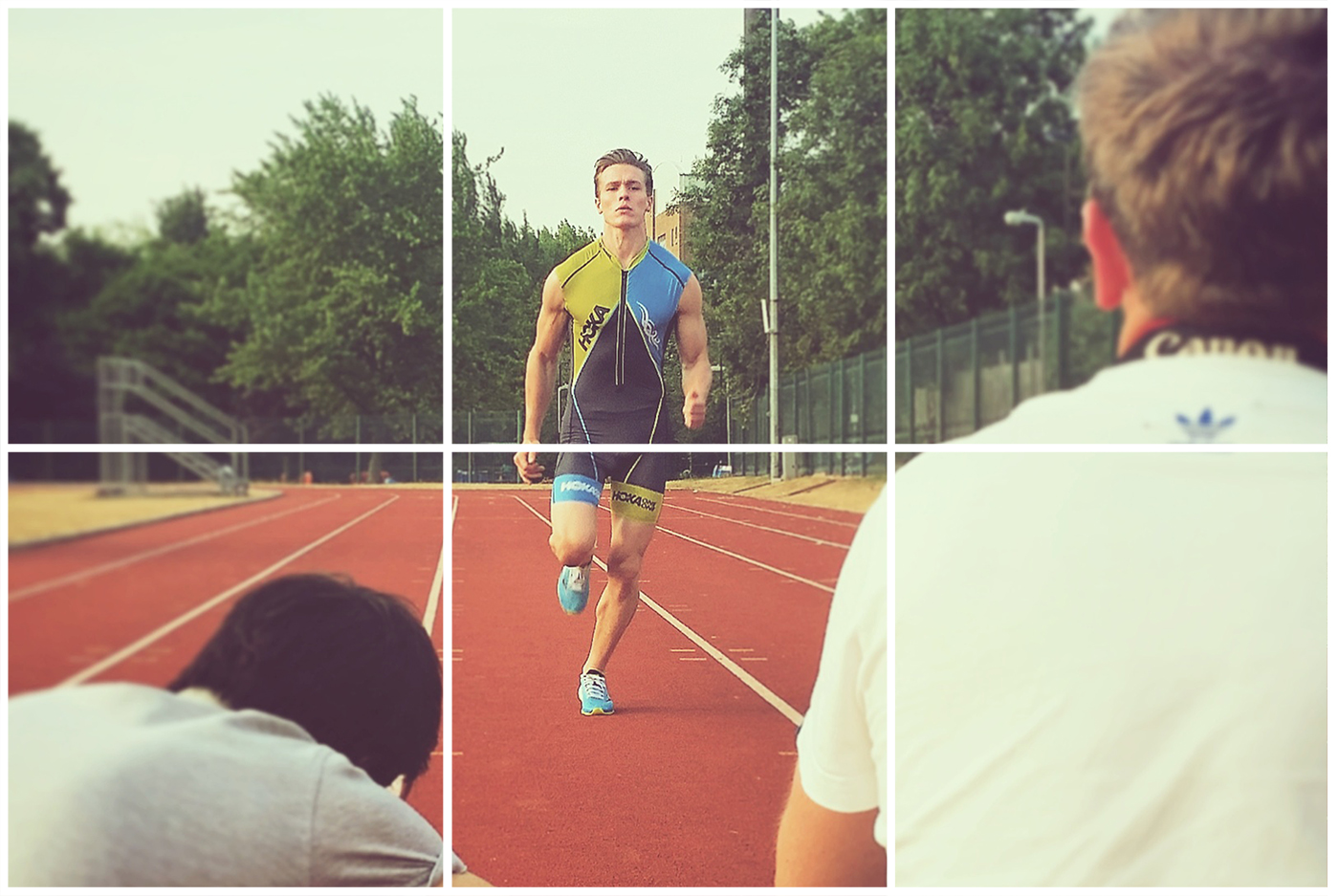 Earlier this year we shot a video for Hoka One One as they were due to release a new line of racing shoes called Pro2Lite “PROtection, PROpulsion”.
The three new shoes the Carbon Rocket, Tracer, and Clayton all share superlight weights, a PRO2LITE midsole – softer in the heel for cushioning, firmer in the forefoot for propulsion, and no sew uppers. The softer and firmer sections of foam are joined by a tongue and groove construction so not a totally sudden shift in firmness across the entire interface between the two.
Using the RED Dragon at 300 frames per second, we highlighted the features of the newly released Carbon Rocket racing shoe considered to be “the flat out speedster of the bunch”. END_OF_DOCUMENT_TOKEN_TO_BE_REPLACED